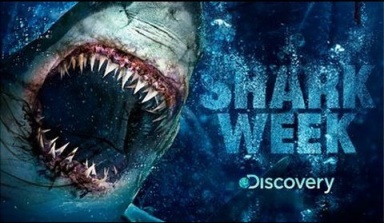 Starting next Sunday, August 4th, the best week of the year will be upon us. I’m sure you’re thinking, hmm, it’s not Christmas, it’s not Spring Break, it’s not Passover, so what could it be? Well, it’s SHARK WEEK! Nothing puts me in a better mood than flipping on the TV and watching a poor little seal get ripped to shreds by a huge great white shark in slow motion. Yeah, go ahead, say “oh no I love seals. They’re so cute. How could you like watching them get eaten?” I’ll tell you why. It’s because they’re stupid. I go in the ocean a lot and I’ve never gotten eaten by a shark. Here’s a hint seals. Go somewhere else. I’m not gonna go hanging out at the cannibals house down the street, so why would a bunch of seals hang around with great whites? Makes no sense. It’s survival of the fittest and clearly seals are at the bottom of the chain.

My second favorite thing about Shark Week is seeing all the stories about people who got their arms and legs bitten off by sharks, yet they still go in the ocean. Call me crazy but if god forbid i ever get attacked by a shark and survive, I’m getting on the next plane to freaking North Dakota and setting up shop in the middle of a corn field. At least then the only things that will be able to get me would be zombies but I’ll take my chances. But seriously, these surfers that get attacked by sharks and still go in the water have to be the craziest people in the world right? Kind of like the seals except slightly smarter. Sure surfing may be your favorite thing to do, but I’m pretty sure my favorite thing to do first and foremost is living. You know, breathing, having my heart beating. Not being some freakish predators breakfast.

I think Shark Week gives sharks a bad wrap too. I bet they are really nice deep down. I kind of compare them to like king pin drug dealers. If you are gonna go into Scarface’s house without asking, you bet your ass he’s gonna pump your guts full of lead. It’s nothing personal, but strictly territorial. We all go into the sharks house, and sometimes they just don’t want visitors. Maybe they just got in a fight with their little baby sharks, maybe they had a bad night’s sleep, maybe it’s just that time of the month. Who are we to judge them? Freakin Bruce hadn’t eaten fish for 2 weeks! Just because he tried to eat Nemo and Dory doesn’t mean he’s a horrible mean shark. So just keep all that in mind when you’re watching Shark Week next week. Sharks aren’t as bad as you think. Unless they attack me then they can all get killed by poachers and fed to the seals on Seal Island.

What do you think?