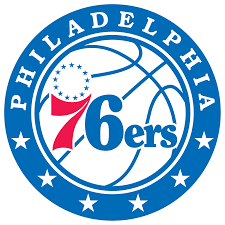 FINALLY! Sixers finally beat the Celtics which seemed like it wasn’t possible, and even during this game felt like the same game we’ve seen on replay 100 times. Celtics hitting every 3, Sixers missing bunnies, Embiid not getting foul calls. But once they got down 15 in the 2nd quarter, Embiid for the first time in the last 3 years started getting calls that he gets against EVERY OTHER TEAM in the NBA. I think that’s the hardest thing for the Green Teamers to understand when us fans complain about not getting calls. If you watch Embiid during a whole season, he gets to the line a lot. He gets every big in foul trouble. For whatever reason, the games are officiated differently when playing against Horford and Baynes. Tonight he got calls, as did the Sixers who shot a billion FT’s to 0 for the Celtics.

At the end of the day, this was just another game. Sixers most likely locked up the 3 seed, but the one big takeaway I have from this game is seeing Embiid have success against this team. That’s the only thing I cared about going in. This team goes as Embiid goes, and he just hasn’t been good against the Celtics. He was incredible tonight, getting to the line at will and played pretty good defense (except for when he couldn’t breathe in the 4th). I also have to give the Celts a lot of credit because being in a game where your’e outscored by 26, yes you read that right TWENTY-SIX at the free throw line is insane. But that’s how the Celtics play, shoot 3’s and take mid range jumpers. Can’t get to the line doing that.

Oh, and fake tough guy Marcus Smart was at it again. I get it. Embiid threw a little elbow into him when he was chasing his man through the lane but that shit happens all the time. To come and two hand shove him in the back is the least tough thing you could do, but hey, that’s Marcus Smart for you. Hope he enjoyed watching the loss from the locker room and the nice fine he’ll get. Boys, drop the Confetti LET’S GOOOOOO!!!! TTP