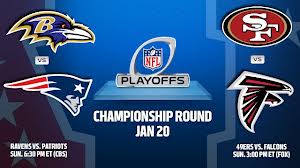 Last weekend started out awesome and then the Falcons decided to poop their pants and lose probably a ton of people money. I ended up at 2-2 last week so that puts me at 5-3 for the playoffs. Needles to say I am a little disappointed, and this weekends picks are not easy at all. But you can bet all your money that I will never bet the Falcons ever again in my life after last week. Ever.

49ers @ Falcons (+5)- I had to look twice to make sure I was seeing it right but, yep, the Falcons are 5 point dogs at home. Kind of a slap in the face to Atlanta but you know what, they deserve it. How do you let Russ Wilson come back on you at home like that? I was hoping they’d lose when they gave up the lead. Didn’t deserve to win at all. After watching Kaepernick last week though, I can understand why Vegas favors the Niners. It was like watching a video game offense. Kaepernick’s speed was unbelievable and some of his throws were out of this world. I like the Niners to win the Super Bowl, but the Falcons certainly have an offense to keep up with the Niners and the fact that they finally got over the hump and one a playoff game scares me. Will it give them the much needed confidence to get over the hump and keep going on to the Super Bowl or will Matty Ice just be thankful he finally won a game? I’ll go with the latter. Blowout city today, Niners goin to the ship as G baby once said.

Ravens @ Patriots (-10)- Well, last week I said 10 was just too much of a spread. Texans almost back-doored the cover but came up short. I think 10 is too much again for the spread, and I think this is going to be a dog fight, and Mike Vick isn’t invited. Ravens just went into Denver and honestly dominated them offensively. Champ Bailey couldn’t cover Helen Keller last week and that’s why they lost. Torrey Smith could have had 4 touchdowns if Flacco didn’t over throw him twice. The defense was very, very shaky and the little dink and dunks that Denver runs is similar to what the Patriots do. Brady throws a lot of 5-10 yard passes and only goes deep if the D begs him to. I think the Pats could easily pick on Ray in the middle and just eat up yards and time. But I don’t see that translating into a lot of points today. I think the Ravens can tighten up in the red zone and hold the Patriots to field goals rather than touchdowns, especially with no Gronk. I think the Ravens could win, and maybe it is destiny because good things happen to you if you murder someone. If you can get away with murder the sky is the limit, so Ravens go on to the Super Bowl to get an absolute beat down by the NIners.

Man, you would think today was the damn Super Bowl. I guess that’s how I would act too if my favorite team played one good team a year.  Anyway, I’m excited because it should be a good game. What I would give for my Eagles to switch with the Patriots and move to the AFC East and put the Pats in the NFC East. 6 automatic wins almost every year. And the only reason I say almost every year is because once in a while the Jets will make the playoffs so those games are harder. I will give my expert analysis however and give both teams keys to victories:

Patriots keys: If the Patriots want to win tonight, it’s all about scoring and scoring early. Now, this could be a problem because it is pretty crappy outside, but weather might not come into play that much. I realize the Texans can score as well, but scoring early and often will really put pressure on the Houston offense which would love to sit on the ball and control the clock. On defense it’s all about stopping the run. Containing Foster would be huge and give the Patriots a clear advantage. The pass defense should be simple. If you want any chance of winning a Super Bowl, you should be able to stop one wide receiver. Houston only has Andre Johnson, and he is a good wide out but the one goal is to contain him for no big plays. Dink and dunks are fine, as long as you can score on offense. Try and get to 30 and hope you can outscore that offense.

Texans keys: Control the clock. If Houston can run, which they can, I really like them tonight. The best way to beat the Patriots is to keep their offense off the field. You know the Patriots offense will score, but it’s not impossible to hold them to 20. Limit possessions and put pressure on Tom Brady. If you can force a few turnovers and run the ball there is no reason to not win this game.

Needless to say, I like the Texans. Honestly, the Patriots have not beaten a really good team in who knows how long. Last year they lost to every good team in the regular season and didn’t beat the Ravens, Billy Cundiff and Lee Evans beat the Ravens. Maybe this is the game where the Pats can show that they are the real deal and aren’t just going to beat up on mediocre teams and then lose to the Giants in the Super Bowl again. I just think the Texans defense is too good, and the Patriots defense isn’t there yet. I see a low scoring game tonight, even though many expect it to possibly be a shootout. The only way it will be a shootout is if the Texans defense shits themselves and forgets how to play. Patriots will score but not a lot and it should be a good, tough, hard fought game. Pats fans better hope it doesn’t come down to a field goal or they might be signing Billy Cundiff next week because Gostkowski is garbage. 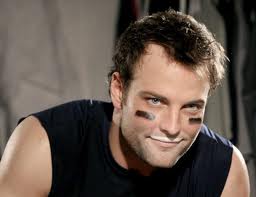 The Welker drama continued for the Patriots this past Sunday, as Edelman played more snaps and got the start over Welker. All I heard today was conspiracy theories on why Bill is doing this to the guy. The most logical in my mind is the whole contract dispute, and how Welker tweeted earlier this summer how he was hoping for long term but settled for the franchise tag and would sign as a “leap of faith” hoping the Patriots would do the same net off season. We all know the Patriots hate bad PR. That’s the number one no-no in New England. But then I thought about it more and you have Gronk who made a fool of himself after their Super Bowl loss last season and got a huge long term deal. I can’t wrap the whole situation around my head, and it is killing me to figure out what they are doing here. I have always thought that Bill has elaborate plans that defy logic, and sometimes just dicks around with teams, maybe even loses on purpose if he thinks it’s what’s best for the team. Who knows. How do you explain an offense doing absolutely nothing the whole game and then driving down the Cardinals throat on the drive with 3 minutes left and then nearly having another TD or at least a long gain to win the game if it wasn’t for the Gronk hold? Maybe Bill has some new stuff and he knew they had two layups, or what he thought would be layups before they took on a tough Baltimore team in one of their two toughest games this year? I don’t know. To make things more confusing they just resigned Deion Branch. The world is upside down in Foxborough, so I am just glad I don’t like the Pats anymore. And all I know is I just traded for Welker in one of my fantasy leagues so I hope he comes back to form, and honestly I think he will. They’ve had Julian for 3 years now so it’s not like all of a sudden he became Welker overnight. He isn’t as good, plain and simple. I’m curious to think what other Pats fans think so I will post a poll on here. So vote and tell me whether you think Welker will still finish the season with 100 catches and 1000 yards, whether he will end up back as the primary slot receiver but not produce as much, or whether the Pats are really trying to out Welker and go with Edelman for the most part.